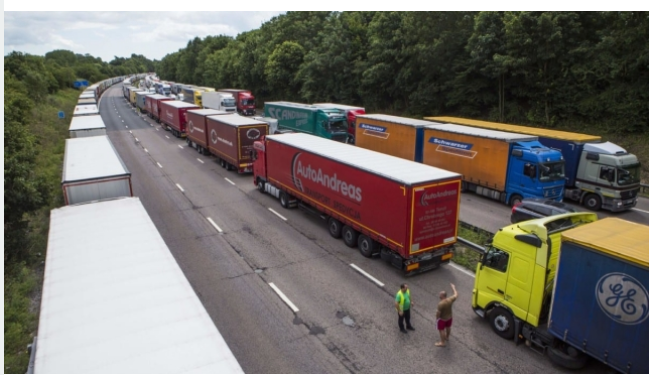 Following the recent emergency legislation from the Government “The Town and Country Planning (Border Facilities and Infrastructure) (EU Exit) (England) Special Development Order 2020” (click here to see legislation) we were surprised to see that CWaC is one of 28 local authorities selected for potential lorry parks. We had expected these to be located close to our ports as the Government had promised that there would be minimum impact on trade but this confirms our worst fears that the country faces utter chaos as thousands of lorries are held across the country waiting for clearance. Here in Cheshire we already have significant issues with lorries using overstretched roads, particularly the M56, M53, A51 and A49. Adding large scale lorry parks will only make matters worse.

Bob Thompson, Chester’s Liberal Democrats parliamentary spokesman commented “With the likely possibility of a no-deal BREXIT emergency orders such as this are going to have a huge impact on the residents of Cheshire. The Tory government under Boris Johnson has repeatedly refused requests from the Liberal Democrats to delay BREXIT in order to give our businesses, border force and the civil service time to prepare and we are now seeing one potential consequence of their decision on our communities. We urge the government to explain where these parks are intended, how many vehicles can be expected and given their promise of a frictionless trade and no disruption to our economy why we are faced with the possibility of large scale lorry parks at the heart of our community”.

“This is a very worrying development and I wonder whether there are any further measures the government is planning to inflict on the residents of Cheshire in the event of us leaving the EU without a trade deal”.